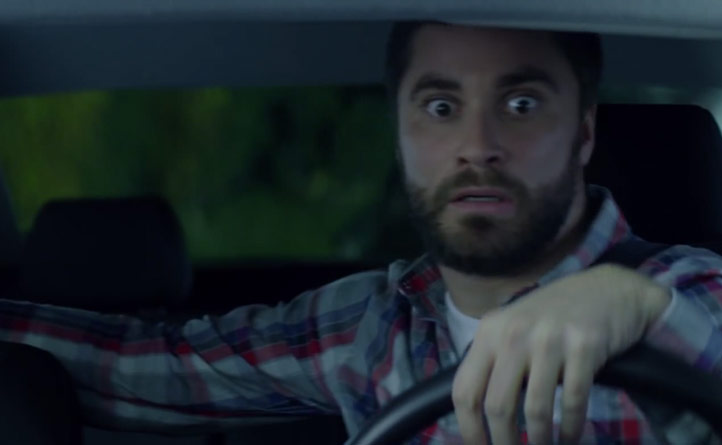 Montreal, February 25, 2015 – Cundari has launched the first national campaign for Fix Auto, Canada’s largest network of auto body shops. The objective for the campaign, which initially launched in November, was to increase brand awareness among consumers and maximize sales across the country.

“We are very pleased that Fix Auto has given us the chance to take on this challenge and the freedom to leverage our creative ideas to bring the campaign concept to life,” says Sébastien Tessier, Creative Director at Cundari.

Since its initial launch, the campaign, dubbed ‘First Word’, has exceeded expectations. On a national level, brand awareness has skyrocketed – the amount of customers who have heard of Fix Auto through television advertising has increased by 700%.

“We took a calculated risk by choosing a message that plays on blasphemy, especially as this campaign represents our largest advertising investment to date,” says Carl Brabander, Vice-President of Marketing at Fix Auto. “However we trusted Cundari’s team and their distinct creative approach, and they proved us right. The campaign is a home run!”

The national campaign is in market for twelve months, in English and French, and runs on television, online, through mobile and integrated in select video games. It also supports the recent expansion of the network, which has been enriched by more than 40 new auto body shops around the world in the past year. Due to the success of the concept, with consumers and franchisees, the campaign will soon launch in the United States.

Campaign creative can be viewed at: www.youtube.com/user/FixAutoCanada

ABOUT FIX AUTO
Launched in 1992 in Canada, the Fix Auto body shop network is now a global company, with over 200 body shops in the country and nearly 350 worldwide. Locally owned and operated, each Fix Auto Centre provides hassle-free services and maintenance that bring vehicles back to their Pre-Crash performance and luster. The network continues to grow and is constantly looking to add new business partners. For more information, visit www.fixauto.com

ABOUT CUNDARI
Cundari is Canada’s most globally awarded independent agency. The agency has been recognized around the world at Cannes, the Cassies, by the UK’s Directory Ranking and is the only Canadian agency to have two campaigns on WARC’s 100 smartest marketing campaigns in the world list. Cundari, with offices in Toronto and Montréal, works in our two official languages across an array of disciplines such as research, strategic planning, brand identity, advertising, design, digital, experiential, direct and media planning and buying. Established in 1980, Cundari Group Ltd. is proud to have been entrusted with premier brands including CIBC, BMW, LCBO, Dempster’s, Royal Canin and Primus. For more information, visit cundari.com.