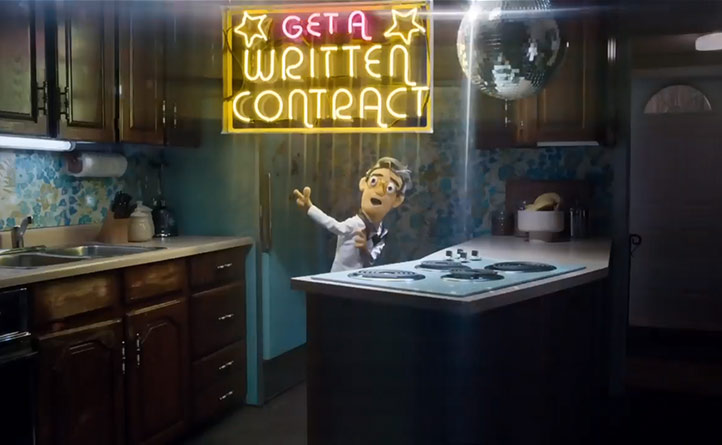 Toronto, ON – January 19, 2015 – Cundari’s new spot for the Ontario Ministry of Government and Consumer Services has won the coveted big game advertising time slot in The Super Bowl Canadian Ad Challenge presented by the Canadian Marketing Association and CTV. The competition was open to new creative from across Canada, with the Grand Prize that included a trip to the Super Bowl and media time during CTV’s broadcast of the big game. Cundari is thrilled that their work was selected as the winner.

The spot, called “Disco,” was created on behalf of Consumer Protection Ontario, the Ministry’s awareness program to promote consumer rights. It is a continuation of the agency’s “Ask the right questions” campaign that launched in 2014, educating Ontarians that CPO provides tips and information to help them make smart purchasing decisions. Recognizing the challenges of engaging consumers with a traditional educational campaign, Cundari created a sharply-dressed and intelligent “spokespuppet” character named Sheldon.

“Disco” reminds homeowners to ask for a written contract when starting a home renovation. The spot features Sheldon in disco attire, dancing to “Do the Hustle” but instead of the song’s familiar lyrics, Sheldon sings “Don’t get hustled.” The disco theme was inspired by the fact that many Ontario homes were designed in the 60’s and 70’s and this is often the impetus for undergoing a redesign.

“This is a very hardworking campaign,” said Andrew Simon, Chief Creative Officer, Cundari. “We found an engaging way to convey a lot of important information. We’re thrilled for our client that we were selected as the winner of the competition and the spot will be seen on television during the big game.”

“Disco” is part of a larger multimedia campaign that covers a variety of consumer issues.

ABOUT CUNDARI
Cundari is Canada’s most globally awarded independent agency. The agency has been recognized around the world at Cannes, the Cassies and by the UK’s Directory Ranking and is the only Canadian agency to have two campaigns on WARC’s 100 smartest marketing campaigns in the world list. Cundari, with offices in Toronto and Montréal, works in our two official languages across an array of disciplines such as research, strategic planning, brand identity, advertising, design, digital, experiential, direct and media planning and buying. Established in 1980, Cundari Group Ltd. is proud to have been entrusted with premier brands including CIBC, BMW, LCBO, Dempster’s, Royal Canin and Primus. For more information, visit cundari.com.