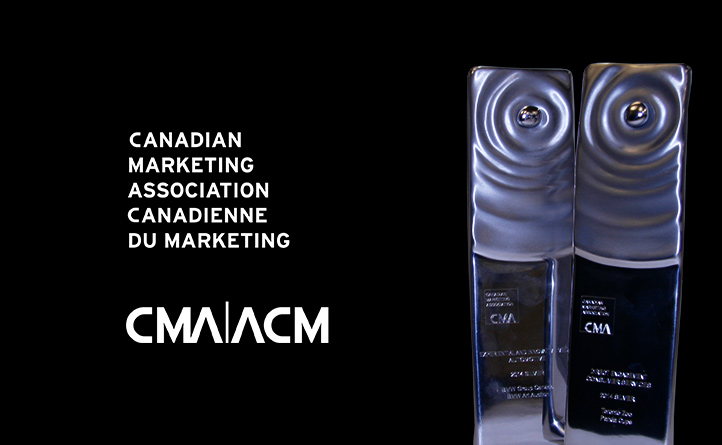 Toronto, December 8, 2014 – Cundari was recognized for its BMW, Toronto Zoo and Dempster’s work at the CMA Awards, which honour the best, most innovative marketing solutions created in Canada.

“The CMA Awards celebrate a true partnership between agencies and clients, and we’re thrilled that we can share our success with three of Canada’s most recognized brands,” says Jennifer Steinmann, EVP and Managing Director, Cundari.

The campaign was created to promote Dempster’s Zero, a new addition to the Dempster’s “Feel Good Bread” lineup of products. With no added sugar or fat, the proposition was that Dempster’s Zero doesn’t just make you feel good, it makes you feel sexy. And what’s sexier than romance novels? To capitalize on women’s guilty pleasure, Cundari gave its audience the chance to star in their own full-length personalized romance novel, writing an entirely original novel with over 30,000 words of customizable content, over 135 pages in total, including alternate endings.

Cundari also won Silver in the Direct Engagement – Consumer Services category for its work with the Toronto Zoo on the Panda Cups campaign. The campaign was inspired by the Chinese tradition of drinking tea and was targeted at media outlets to increase awareness of the pandas’ arrival.

The third award, Silver, was in the Experiential and Innovative Media – Automotive category for Cundari’s work with BMW Group Canada. BMW wanted to promote the fact that they were the official automotive sponsor of Air Canada’s Maple Leaf Lounges. Rather than filling the lounges with standard BMW advertising, Cundari populated them with one-of-a-kind artwork – beautiful BMW photography. Intrigued travellers were directed to a microsite where they could bid on the artwork, with all of the proceeds going to the Air Canada Foundation.

“I’m so proud of not only the Cundari team, but also our great clients,” says Steinmann, “These awards recognize collaborative partnerships, and that is truly is how we work with our clients.”

The CMA Awards come on the heels of several other accolades received by Cundari, including being named the top global creative agency for automotive ad campaigns by Warc, as well as having two campaigns land on the Warc 100 Smartest Marketing Campaigns in the World list; Cundari is the only Canadian agency to receive such an honour.

Cundari is one of Canada’s largest and most globally awarded independently owned and operated communications agencies, applying thought leadership to the building of business solutions as the key benefit for client partners. Guided by the core philosophy “It’s the thought that counts,” Cundari, with offices in Toronto and Montréal, works in our two official languages across an array of disciplines such as research, strategic planning, brand identity, advertising, design, digital, experiential, direct and media planning. Established in 1980, Cundari Group Ltd. is proud to have been entrusted with premier brands including CIBC, BMW, LCBO, Dempster’s, Royal Canin and Primus. For more information, visit cundari.com.