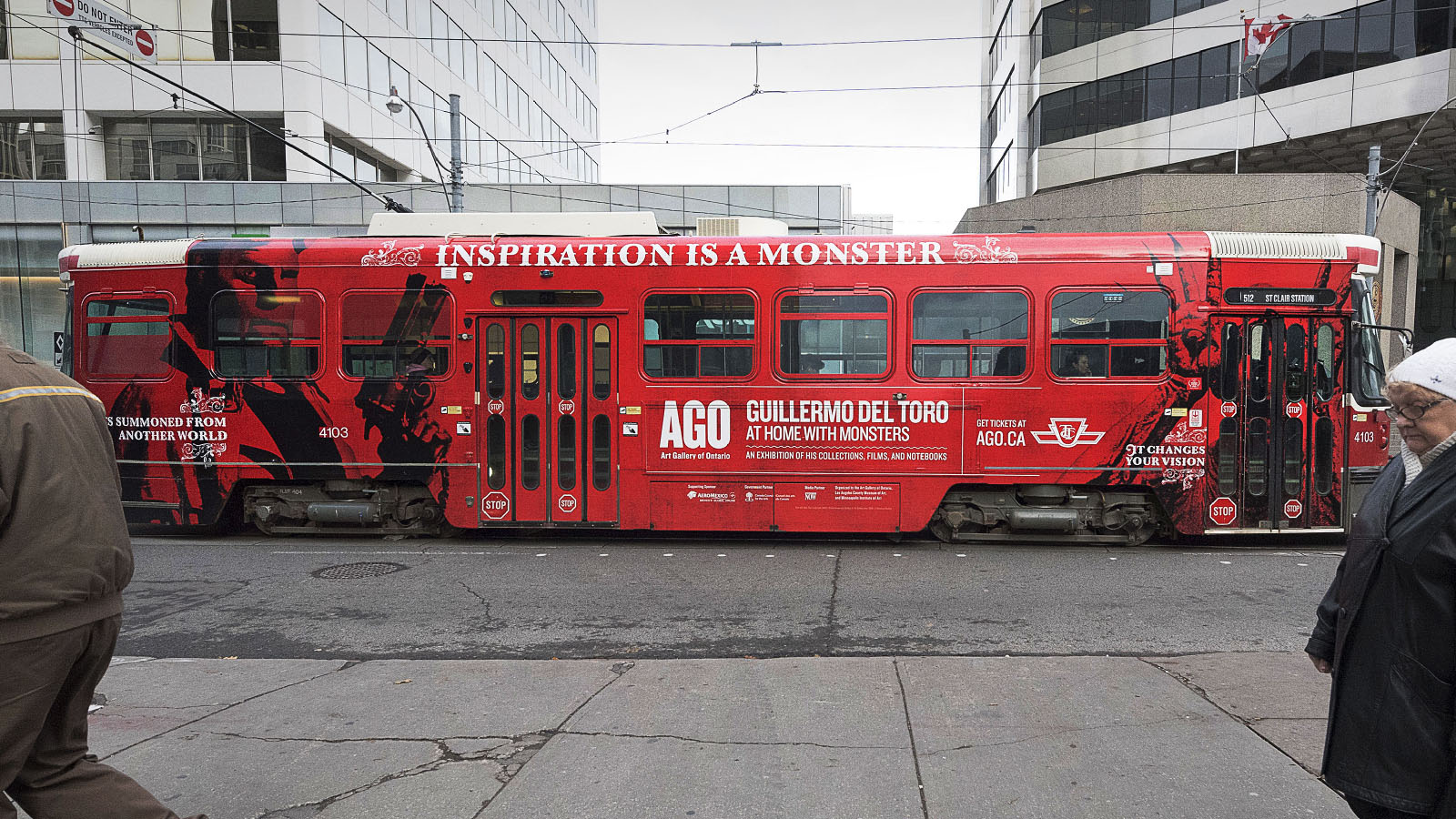 Continuing with its mandate to become more accessible with art at the centre of everything they do, the AGO’s exhibition Guillermo del Toro: At Home with Monsters offered visitors a rare glimpse into the creative mind of celebrated film-maker, Guillermo del Toro. The objective was to promote the only Canadian stop of the exhibition with a visually engaging campaign created to illicit an emotional response and generate awareness. It was imperative to communicate the proper tone and messaging to reflect the genius of his work. Armed with the insight that fans wanted a portal into his imagination, research also suggested highlighting his films within del Toro’s larger gothic and horror, and science fiction work. Different del Toro ‘monsters’ were selected like Hellboy and Pale Man, and each monster was used to communicate an insight about the otherworldly nature of the creative process; how inspiration can be summoned, trained, but never tamed. A unique exhibition for the AGO, the material needed to reach traditional and new audiences alike. By using creative media placements and ad formats, messaging was placed in some niche media pockets.