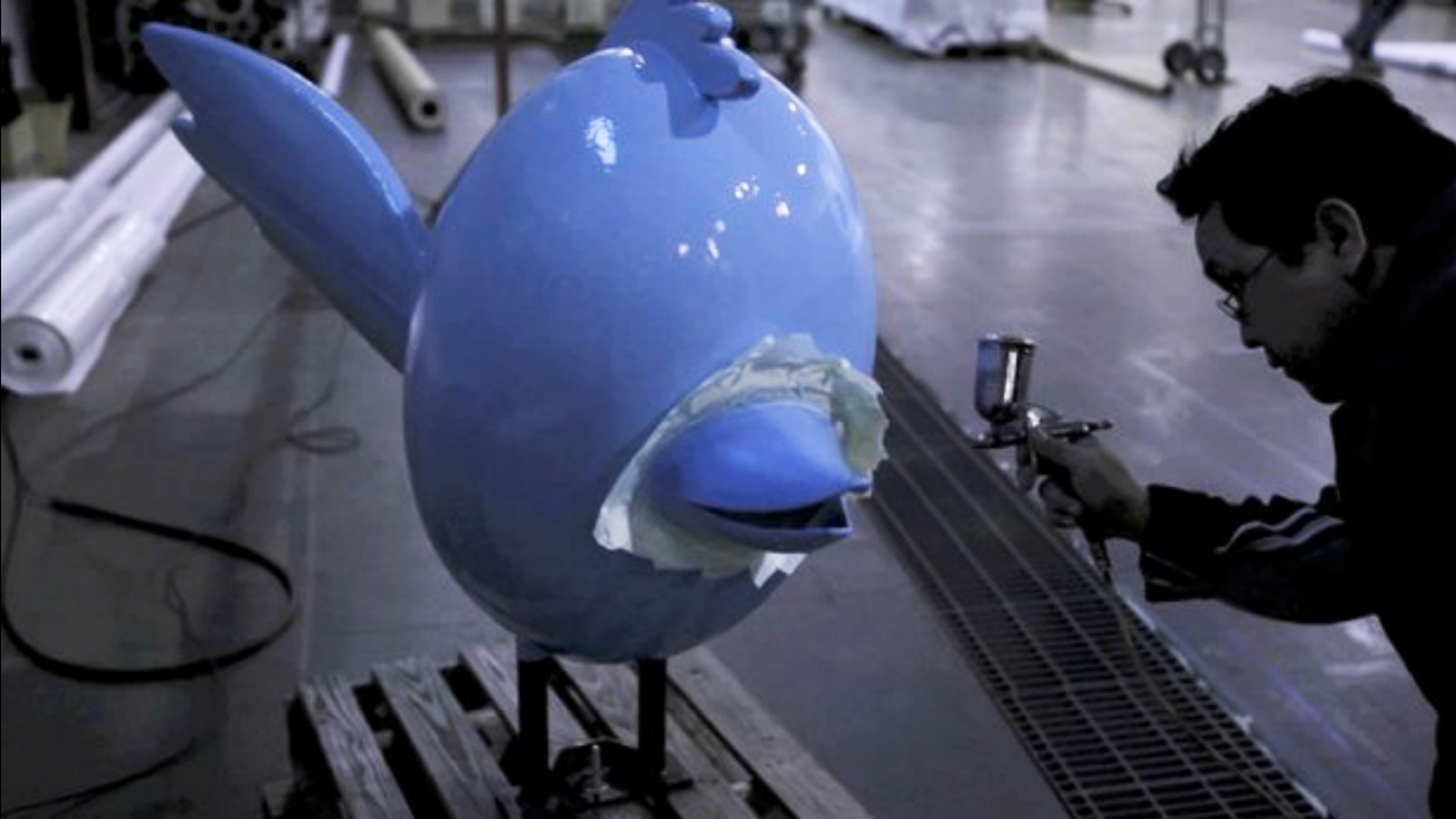 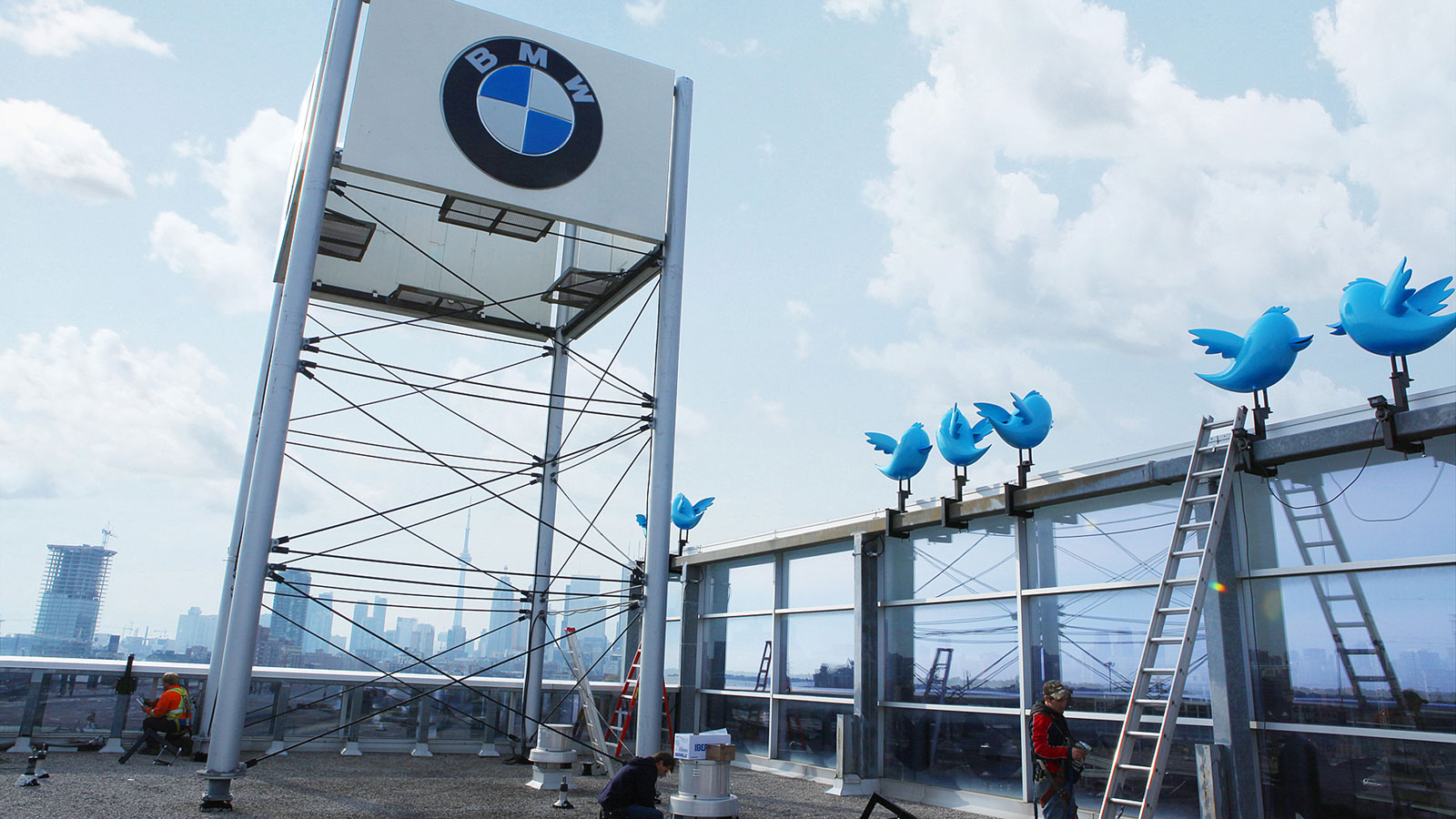 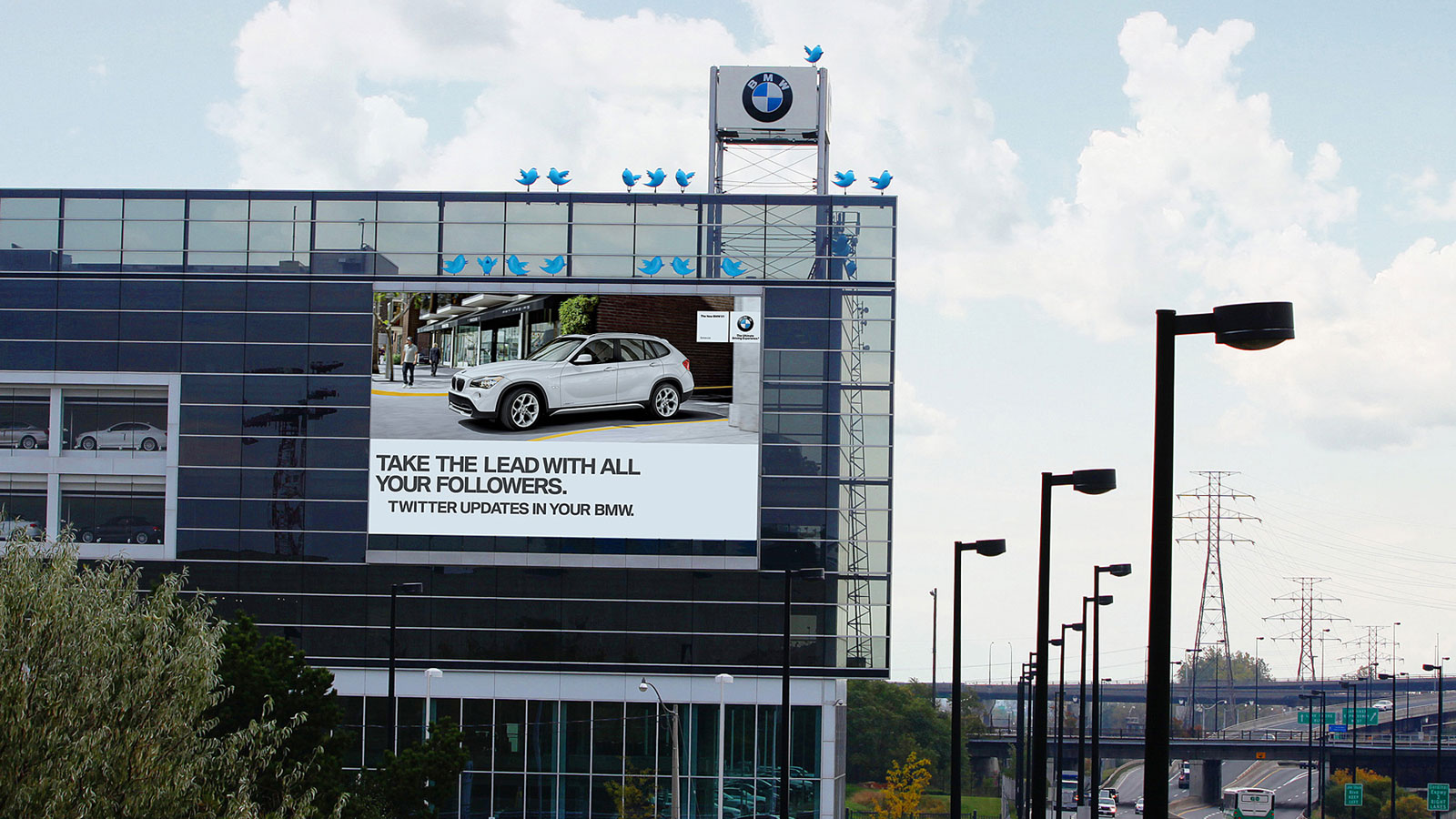 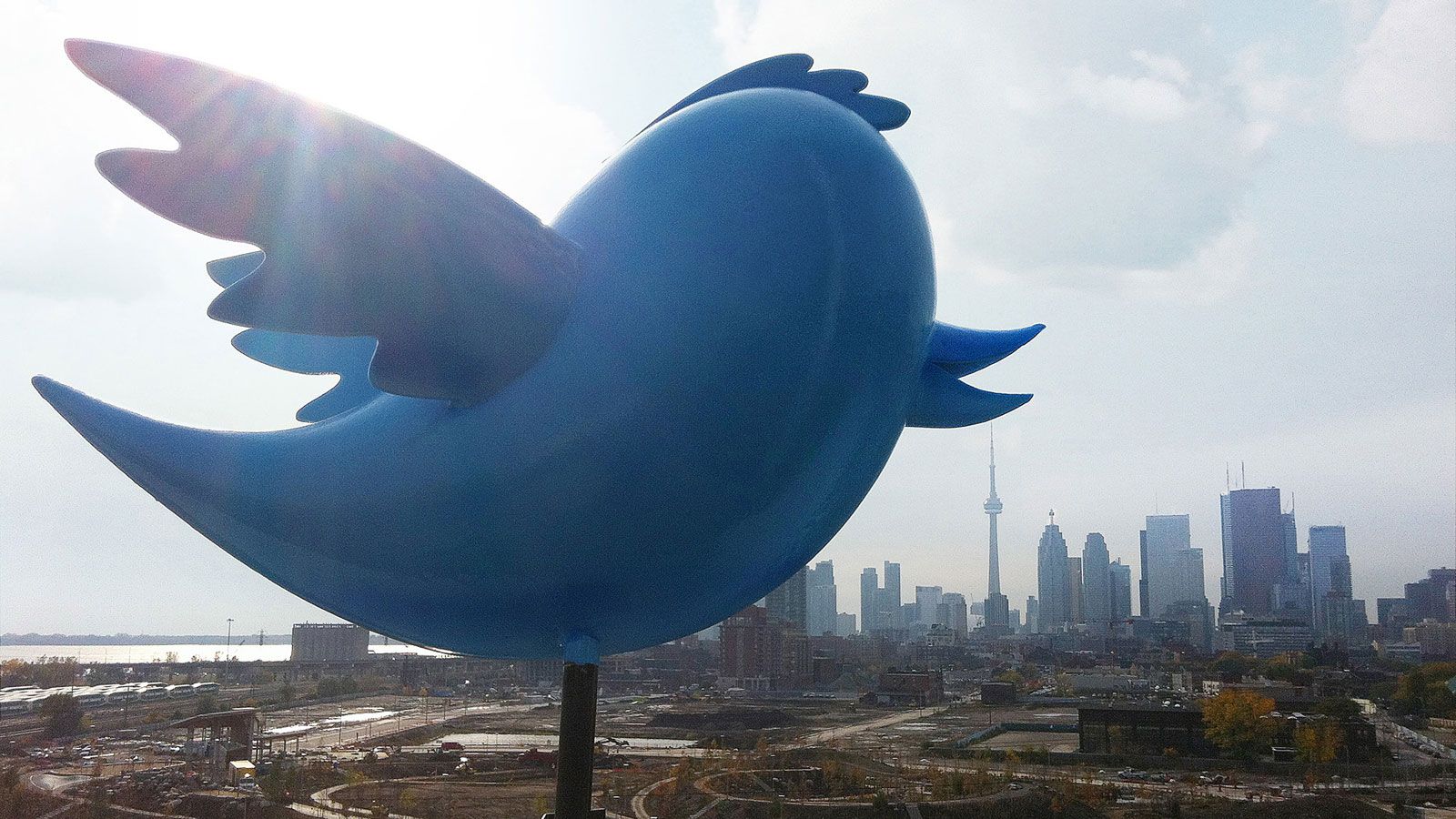 BMW is known as the world leader in automotive innovation, but when they introduced in-car Twitter functionality, Cundari decided the innovation deserved to be shouted from the rooftops. So we took the typical OOH billboard one step further and added Twitter birds to illustrate the in-car social media functionality of the BMW Connected app. The eye-catching installation of 12 three-foot-high 3D Twitter birds atop the BMW Toronto building beside the DVP garnered a lot of media buzz and solidified BMW’s position at the head of the flock.