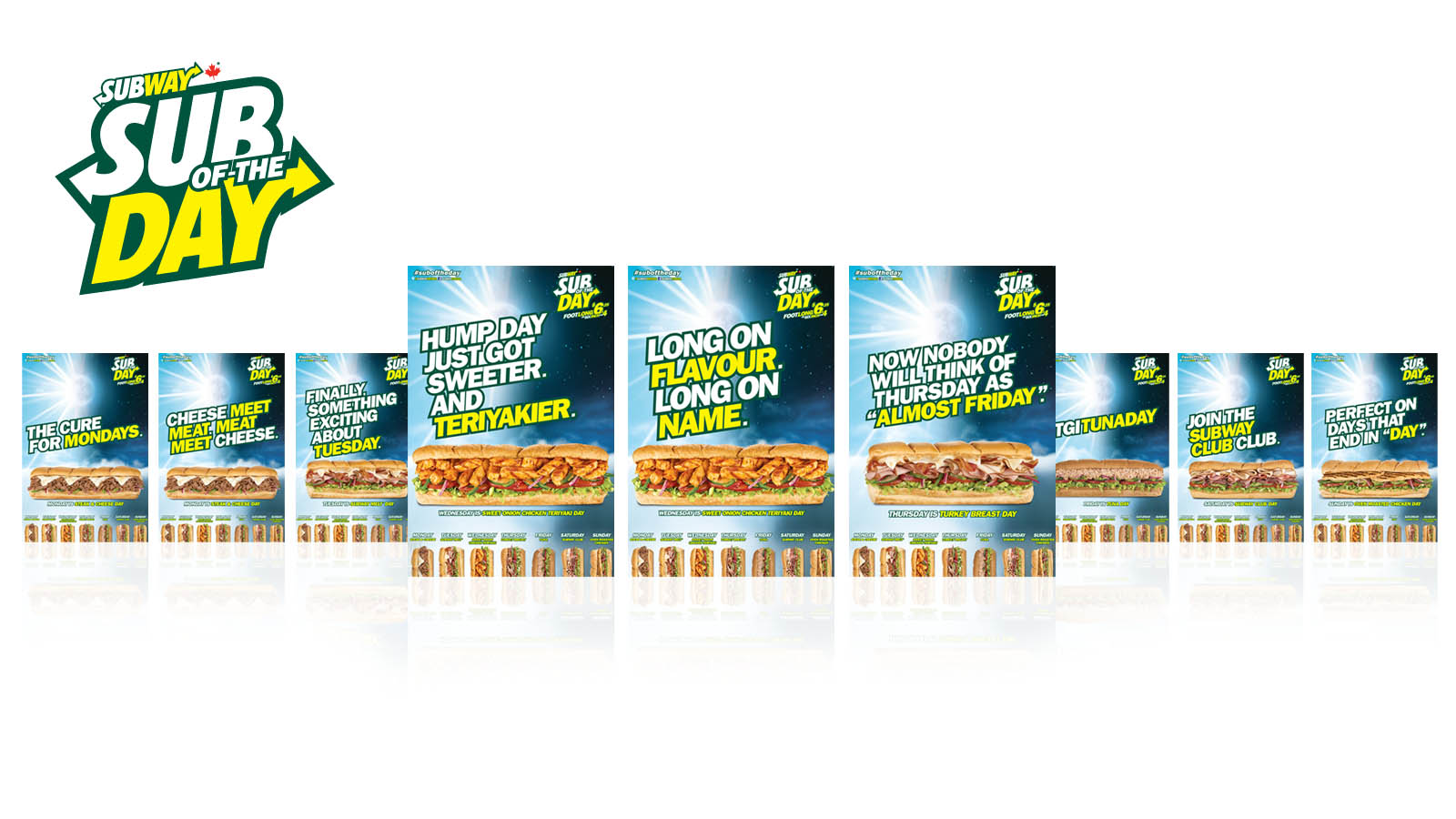 Direct competitors began recognizing SUBWAY® Restaurants success with its “Sub of the Day” promotion, and began to follow suit in their creative execution. In order to stand out from the crowd the creative was refreshed and re-launched. Sub of the Day 2013 refreshed the creative to be an indisputable SUBWAY Restaurants program, with an added objective in mind: appealing to both lunch and dinner day parts for busy people on the go.