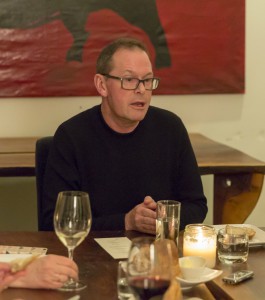 Media in Canada: Digital domination in an age of risk

When we convened a panel of industry experts earlier this year, we first discussed addressability and traditional media’s efforts to deliver tailored audiences. Then, we talked about relevance and the creep factor. But for the third part of our Media in Canada roundtable, our panel of agency and marketing experts discussed digital media’s growing spending share and the perceived risks that remain in the post-Pritchard era.

Has the last year done anything to help traditional media earn back some of the spending that digital had taken? Has addressability and more deliverable data clawed anything back? Or is it relegated to second place from now on?

Dan Alvo: The ship has sailed and it will be continued growth in digital over time. Any projections I’ve seen show it that way. As you see organizations getting more and more comfortable in that space, as you see millennials cord cutting, I don’t think you can stop that.

Jannie Densing: I would echo that, despite the fraud that permeates that space. Some brands stopped their online video buying altogether on YouTube, but they just moved the money elsewhere online and digital continued to grow.

We’re a year past Marc Pritchard’s ultimatum, where he challenged the entire online ecosystem. P&G reduced its digital investment and didn’t see it impact results. Should we be surprised that there isn’t more pressure being applied to online-only players? We haven’t seen anything as dramatic in Canada, as far as ultimatums go. Should we talk about fraud more? Has much changed in the year since Pritchard found his voice?

Densing: From my perspective, I don’t think it’s been that significant an issue [among clients]. It did give more prominence to the guardrails available to advertisers. I’m thinking of the rise of ads.txt, a sign towards making an attempt to detect real traffic. But things like that don’t stop hackers creating non-human traffic in the supply chain. There are attempts to clean up the supply chain, but I think there’s still work to do.

Alvo: When Pritchard spoke out… I don’t think marketers were close enough to [the issue] at many organizations to truly understand it. There was a blind trust that what they were buying was effective. Because measurements aren’t great, they really didn’t know. [Pritchard] created greater visibility on the issues and better conversations between the clients and agencies about how we make sure dollars are being tracked and measured effectively. However, I don’t know if we’ve made enough progress from when [Pritchard] came out.

Densing: I would agree. As much as there have been advancements in that space, if you talk to a real performance marketer, I would say safety is not their top priority. At the end of the day, if they hit their numbers, they don’t care how they get there.

Luke Moore: The client concerns seemed to be greater one or two years ago compared to today. At least among my clients that’s true. Maybe there is some resignation that a certain percentage of impressions aren’t even seen.

Alvo: I have seen a couple of packaged goods companies designate a specific role within the organization to track and measure this. That’s a significant investment in an industry where people in that field are shrinking, to dedicate a whole role to that responsibility. I don’t know how effective it is, but it’s one of the approaches I’m seeing.

Park: We don’t have that kind of headcount. For Canada, I understand the concerns, but for myself, it doesn’t weigh heavy. The metrics we put in place are a balance of the metrics provided [by third parties] and ones we track ourselves. If we have a campaign where clicks go to our website, we can track that effectively… Yes, you’re going to get some leakage no matter what you do, but it’s like TV in the fifties. They could tell us a million people were seeing an ad, but how accurate was that?

What about contextual issues? Questionable content is still getting monetized. Ads find all the undesirable corners of the internet. And it only takes one impression out of 100 million to cause a problem on social media.

Moore: When I mentioned [there were more] problems two years ago [than today], the exception is brand safety. That’s huge with clients. With the politics and social stuff going on, it’s bigger than ever before.

Alvo: Will that be hard for the industry to solve? We used to have this on TV too. I used to be at P&G and we had a list of shows that we would not advertise on. We’d update that as we went along, and it would happen every once in a while that your brand would be connected or adjacent to something. But we found solutions for that. Magazines too. I understand the concern, but I wonder if this is a hard one now for the industry to fix.