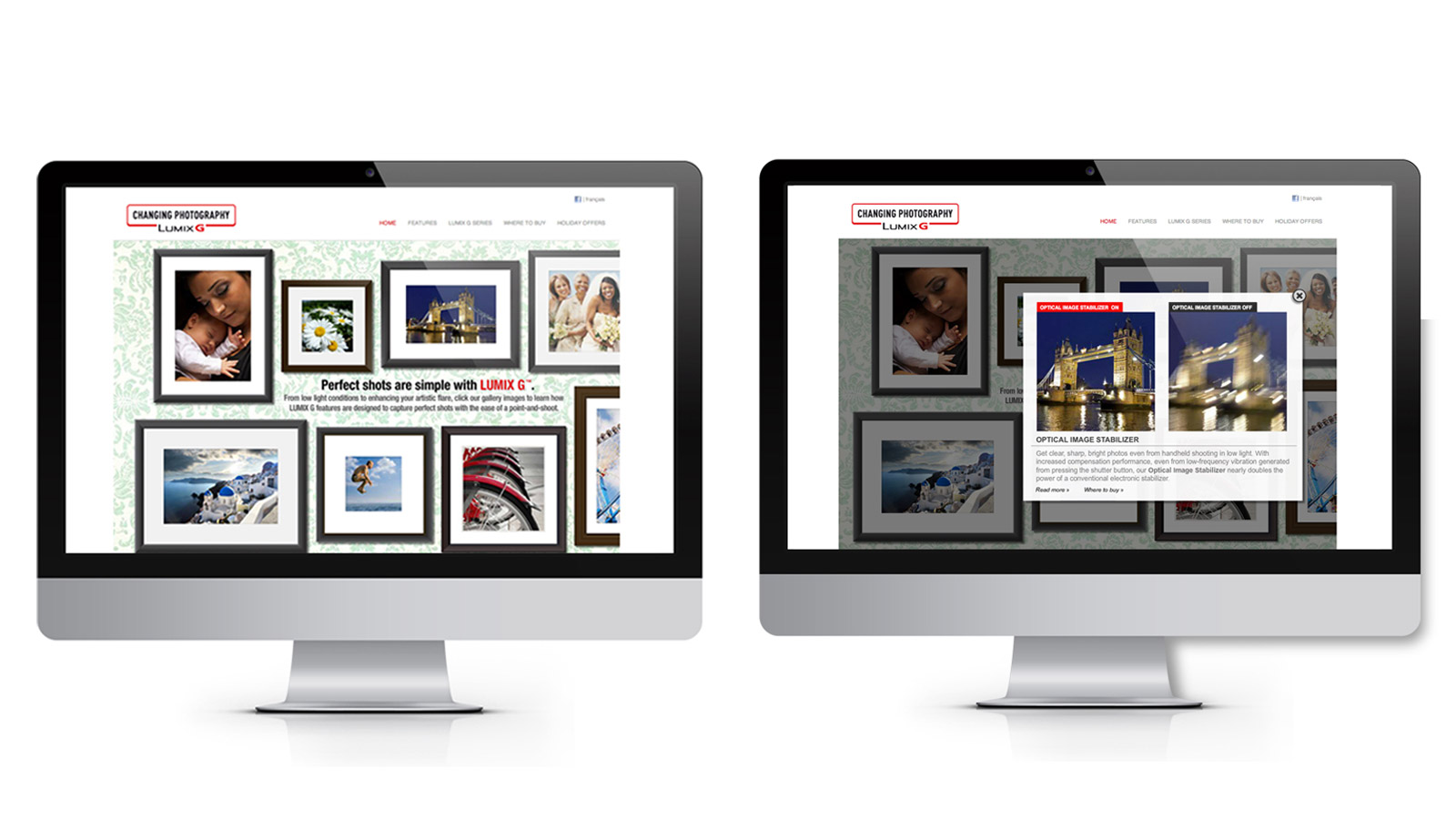 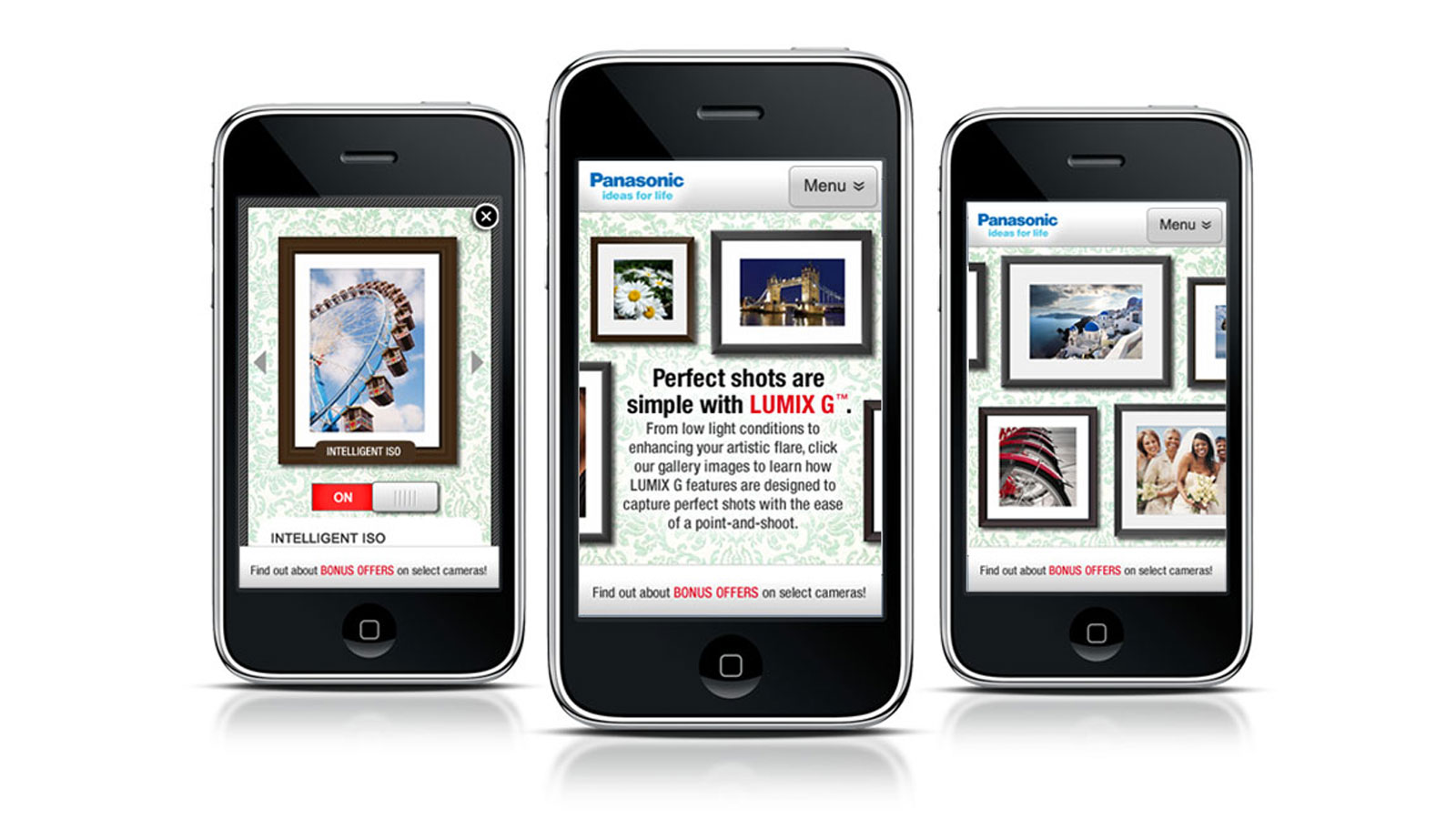 Targeting snap-happy female photographers, we promoted the Lumix G as a high-end camera that could capture the “perfect shot” with the ease of a point-and-shoot. Instead of telling them about our features, however, we showed them…by creating a digital campaign that showed off the advantages of Panasonic’s Lumix G technology. We built an interactive website with a wall of framed photos that let visitors explore the before and after effects of the camera’s intelligence. A series of interactive banners and a touch mobile version of the site also supported the campaign, perfectly framing the beauty of the Lumix G.