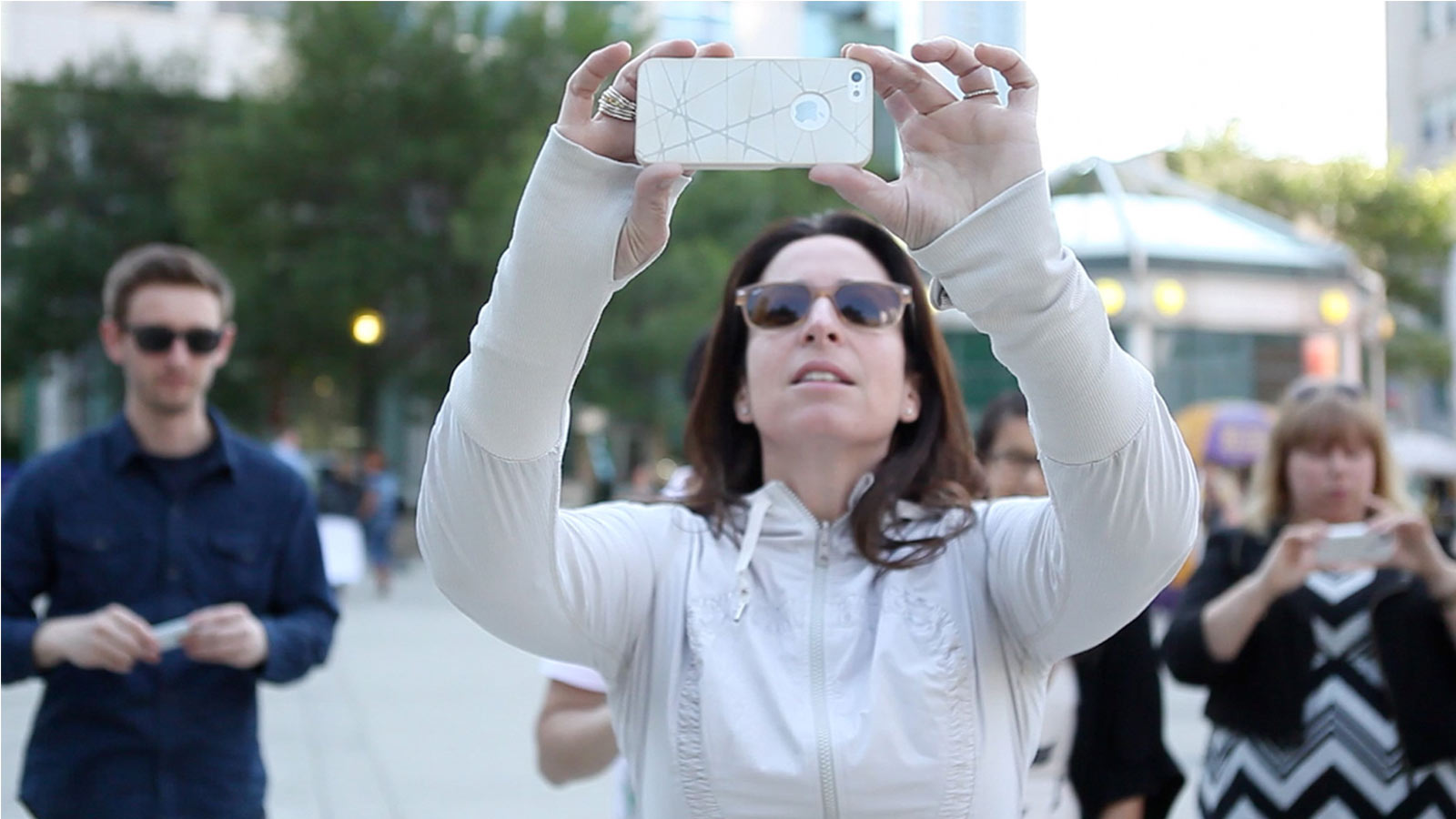 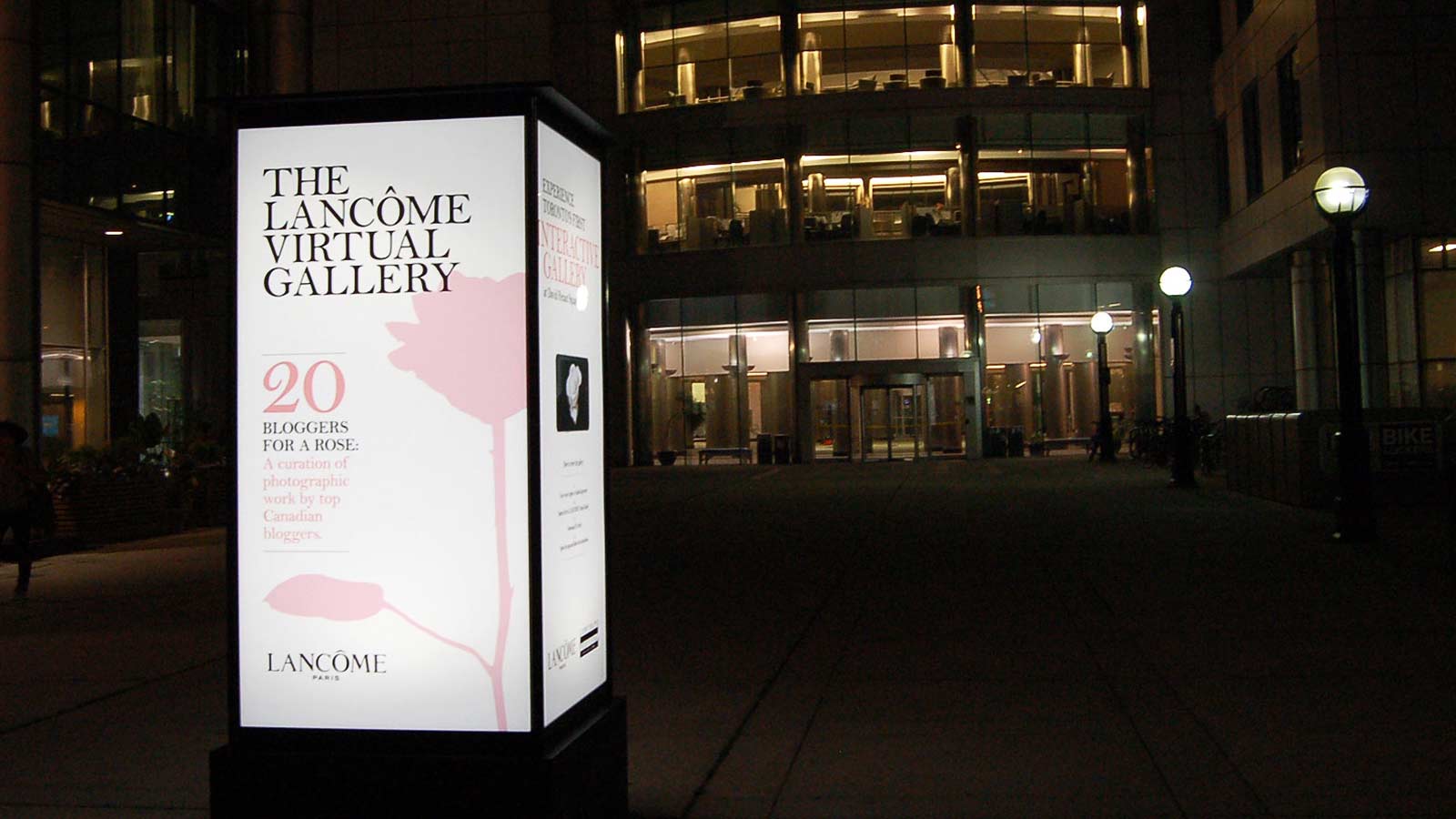 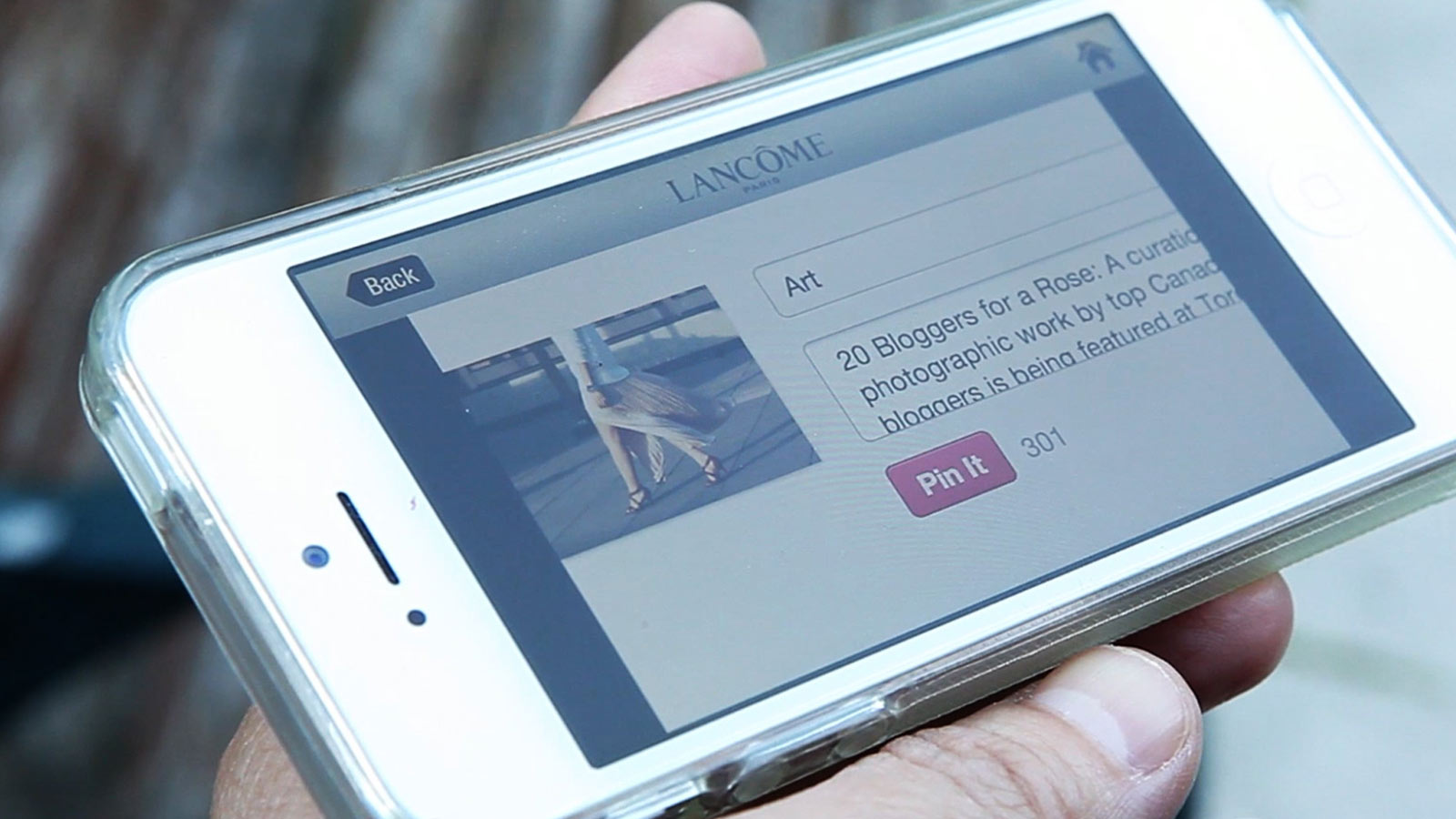 Toronto’s Luminato Festival is a 10-day citywide celebration of arts and creativity. As a sponsor, beauty brand Lancôme challenged us to create a unique digital experience that would connect with Luminato’s theme of participatory art.

Given that the majority of the festival took place outdoors, we decided to push the creative boundaries of mobile technology by creating a 360-degree augmented reality art gallery that attendees could view in the sky around them, not to mention the world’s first human-generated heat map logo. To spread the word and encourage others to participate, a simple tap allowed viewers to share works of art via Facebook, Twitter and Pinterest. As participants viewed our virtual gallery, they were actually creating art at the same time. By using mobile crowd-tracking software to triangulate and track where users were focusing their phones, these hot spots became the colours of one final art piece: the world’s first human-generated heat map logo.