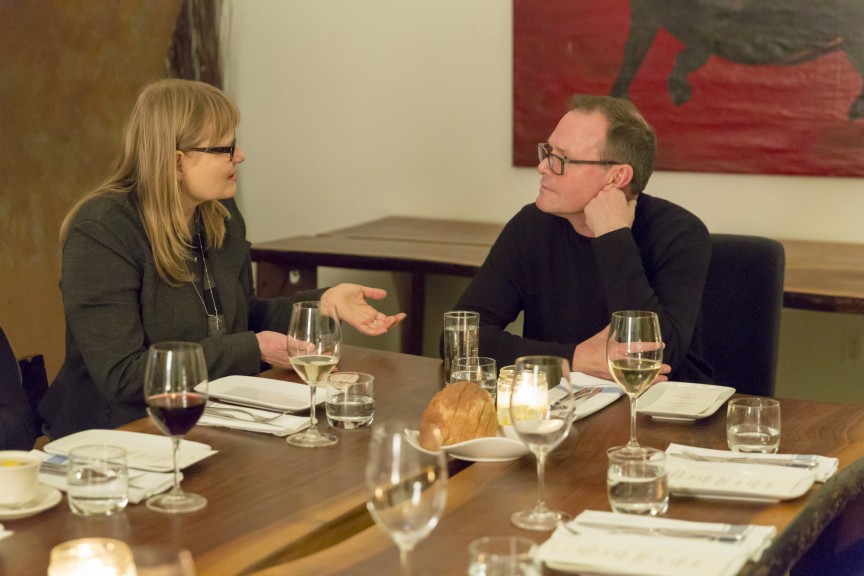 Media in Canada: Mass vs. efficiency, traditional vs. digital

Media In Canada hosted a number of marketers and media agency experts recently for the next installment of its series of roundtable discussions. Topics ranged from brand safety to investment shifts, but for the first part of our series, we examine what the panel sees among traditional media players looking to up their game with better addressability, and how digital compares as a mass reach medium.

We’ve seen traditional media players taking steps towards addressability, trying to compete with digital media in that regard. Are you seeing promise here?

Jannie Densing: Under the umbrella of addressable TV, there’s [client] interest there, but it’s worth delineating between addressable and personalization. Most marketers would probably say they want addressable, but tend to skip the personalization part of it. That’s where we need to crack the nut more. Working with some traditional partners, there’s elements of their existing audiences that are worth expanding out programmatically, because programmatic tends to promise they can hone in on certain audiences. But there’s validation that larger partners can bring to the table.

How do you differentiate between addressability versus personalization?

Densing: For me, personalization still represents a group, where addressable implies one-to-one communication.

Dan Alvo: Television still plays a huge role for us because of the reach. I would say a number of years ago, we were doing a lot more… looking for creative product integration with shows. I feel like a lot of that has been stripped away, and now we’re trying to get the maximum reach, greatest efficiency. I don’t know if the dollar investment has declined that much, but our focus in term of innovation and creativity is moving to digital. As for other vehicles, we still use quite a bit of programmatic OOH, which is very interesting, though I don’t know if it’s broad enough or developed enough, and it’s still expensive.

Marketers generally seem to say ‘TV is for mass, digital is for efficiency.’ Surely there’s a mass play in digital?

Alvo: We aim to be video neutral, so we do consider online video in the same space as television. We say that, but we still look at the two lines as separate. I still think there is a difference in how consumers observe the medium.

We need to think about the creative, and I think this is an area where marketers aren’t doing as great a job as they could – making sure the creative is applicable to the media used. There’s still some times where we’ll put the same creative in both spots, because it’s efficient. But we all need to understand that there are some differences in how consumer absorb media.

Bob, what are your brands trying to do? Playing exclusively in the digital space? What’s your mass play?

Bob Park: It really depends on what stage of the game your brand is at when it comes to that kind of spend. With GE, when we did our market studies in Canada, everyone knew what GE was, which made sense because we’d been making appliances for a hundred years. They knew GE the brand, so that had some affinity. Where we were weak was with millennials, weak in the consideration set in that age category. We realized that to reach that particular target, traditional media was no longer the best way. Digital media is constantly changing. You can take the consumer on a journey to tell them a story. That’s hard to do with a 30-second Super Bowl commercial.

But Haier is still a newborn in the arena of brands. Haier, unbeknownst to the general public, is the largest manufacturer of appliances in the world… Haier needs to develop their brand, so the approach we take will be vastly differently…. Haier is much more of a mass [brand] compared to GE.

Densing: Obviously, budget affects what you do, whether you go for mass reach in a compressed period, but I do think that having that screen-agnostic approach is critical in fulfilling the mass need. It’s not necessarily about having a full TV buy and then when you have to do conversions, that’s when digital kicks in. I do believe there’s a holistic approach in making traditional and digital streams work together, even if it’s in the upstream part of the market.

Moore: For one client we work on, the Art Gallery of Ontario, our goal is to drive online tickets sales. We’ve learned that if we lean too much towards purely conversion-oriented media, people just aren’t familiar enough with the exhibitions for it to work. It does rely on a sizable effort being put into awareness. We found a sweet spot between awareness and tactical, and we view digital being a part of tactical and awareness.

Park: I mean, you’ll never get fired for buying a Super Bowl ad, right? In my job, if I have a million to spend, I’ll only hear “good job” if I buy the Super Bowl. If you invest in Facebook, you may have numbers and data, but it’s really hard to prove that feeling.

Densing: That’s why digital tends to get lumped in with performance marketing. That data, as much as that has the power to make us better decision makers, at the end of the day people really chase that low CPA. A lot of those performance marketers really just hone-in on that CPA deal. But as a brand, if you’re staring out in the market and in the infancy of your brand, there’s no action to be done. The output of that CPA [formula] is going to be prohibitive to the success you want for your brand.